Stay informed with our latest news from Air Radiators

The Gala theme was centred on the Industrial Evolution highlighting the resilience of Victorian manufacturing and the people who drive the industry, supporting hundreds of thousands of jobs.

With Air Radiators’ focus on continuous improvement and progressing with Industry 4.0 and advanced manufacturing practices, the company has invested in its innovative product development through its new patented Alu Fin technology.

“New product development in traditional markets such as heat exchanger manufacture is critical to our survival as an Australian manufacturer against the head winds of globalisation,” Jamie Baensch said.

“Coming up with a new idea is one thing – getting it to market is another.

“This award recognises our efforts to remain a proud, viable Australian manufacturer creating jobs and value for the Australian economy,” he said.

Alu Fin technology was developed and is manufactured in-house at Air Radiators, being the next generation in heat transfer products with its unique design developed to solve current industry limitations.

“Our new Alu Fin product is a game changer in industrial engine cooling and is already creating growth in both our local and export markets,” Jamie Baensch said.

“All credit and thanks go to the Air Radiators team who made our Alu Fin product a reality.”

Minister for Jobs, Innovation and Trade, Mr Martin Pakula attended the event and highlighted the Victorian manufacturing industry’s contribution of more than $30 billion to the state’s economy each year while employing 280,000 people.

“We know that recognising the outstanding achievements of the state’s manufacturing industry is important, and the Victorian Manufacturing Hall of Fame Awards are a vital part of this,” Mr Martin Pakula said.

Led by Air Radiators’ Business Development and Marketing Manager, Jove Manev, the patented Alu Fin product range has been showcased to the company’s market sectors at various tradeshows, both nationally and internationally, including Bauma in Munich, Germany, Avalon Airshow here in Victoria, InnoTrans in Berlin, Germany and LandForces in Adelaide to name a few.

The Hall of Fame has been running since 2001 and recognises Victorian manufacturers who have made an ongoing impact on the industry through innovation, investment and trade and supply chain connections.

Air Radiators was inducted into the Manufacturing Hall of Fame in 2006.

To see all finalists in the Souvenir Booklet, please click here. 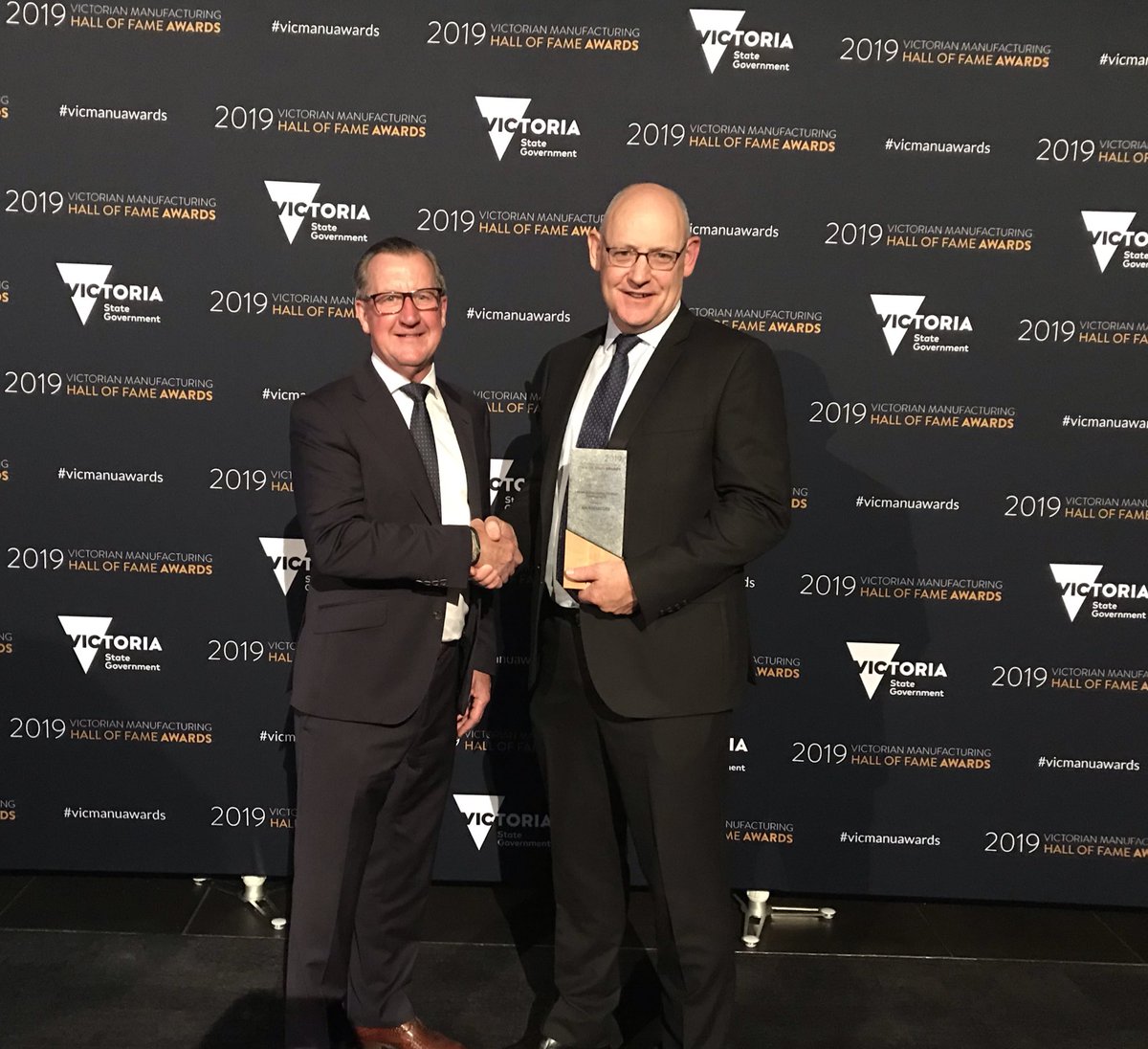